Update time! I have been participating in a project pan since the beginning of the year, choosing eight makeup products to use from January to March with the goal to finish or hit pan on them. I am also concurrently on a no-buy for makeup, skincare, or body care items in efforts to use what I currently have and to learn about my personal spending habits. A month and a half into the project, this is an update post to share my personal progress. I explained the intent of my Project Pan and include photos of each makeup product initially in the intro blog post here. Feel free to compare and contrast and let me know if I’m doing a good job on this project!

As anticipated, the first item that I finished for this project is the Loreal Lash Paradise Mascara. I completed it about three weeks into the project. It provides good lengthening effects with average volumizing effect. It is a dry mascara formula with shorter longevity than other mascaras. It does not flake or transfer. This is the only product that I am completing done using.

I thought I have used up the Loreal Infallible Liquid Liner at this point! For a while it was losing its opacity but it suddenly had a resurgence. With repeated use, the felt tip became more pliable, which made it much easier to draw a smooth line. However, it fades by the end of a 10-hour work day. I use this almost daily so I’m positive that it’ll be finished by the end of the project.

Adding a hydrating primer to my routine has been nice during the winter months. The Laura Mercier primer has a gel-like texture that is light and absorbs into the skin quickly. I find that it adds just a hint of moisture and layers well underneath various foundations. In order to increase usage, I substituted the primer in place of a daytime moisturizer. However, during these winter months, the primer alone does not suffice to quench parched skin. I’ve marked the amount I’ve used the past two months (photo above). Lately, I’ve stopped using this but putting this post together has been a nice reminder to pick this product back up again. I am hopeful that I’ll be able to finish or be close to finishing this in the remaining month of the project.

As for the Hera UV Mist Cushion, I have used it about five times since the project started for light makeup days. I already know that I enjoy this product a lot; it gives light coverage, evens out skin tone, and has sun protection. Like the primer, I used this product more in the beginning of the project and need to pick it back up again.

Hourglass on the left; Marc Jacobs on the right

Part of the purpose of this project is to use up products that I have as well as to test some to see if I actually enjoy using them. If not, they’re going to be decluttered. The Hourglass mini deluxe lipstick is one of the items that I am decluttering; the pink-red shade is not flattering on me, and I felt like it was a chore to wear it. Instead, I am swapping it out and introducing another mini lipstick by Marc Jacobs (in shade Le Rouge, exclusive to Sephora VIB members); the true red color and matte finish is more of my preference.

The NARS lip pencils have made my Best Makeup of 2017, specifically the Velvet Matte Lip Pencils. I added this satin lip pencil in a neutral, every day color (Rikugien) into the project. Because of the slightly creamy texture, it is not long-lasting but I’ve enjoyed pairing this neutral look with various looks. This lip pencil requires a mechanical sharpener; I’ve sharpened it twice since introducing it into the project. 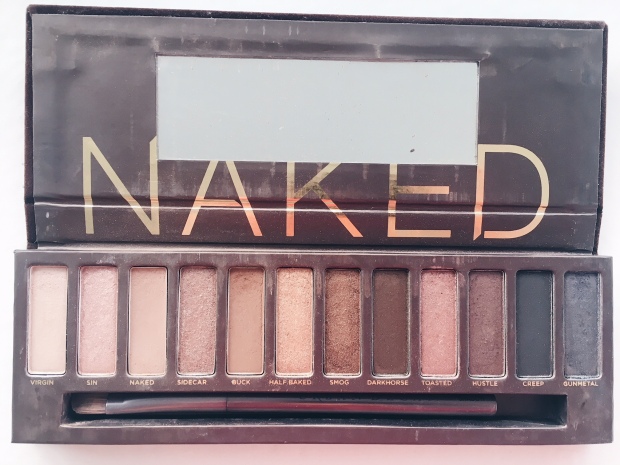 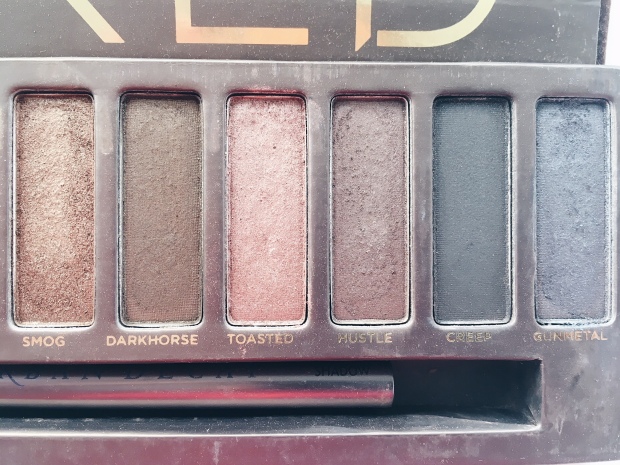 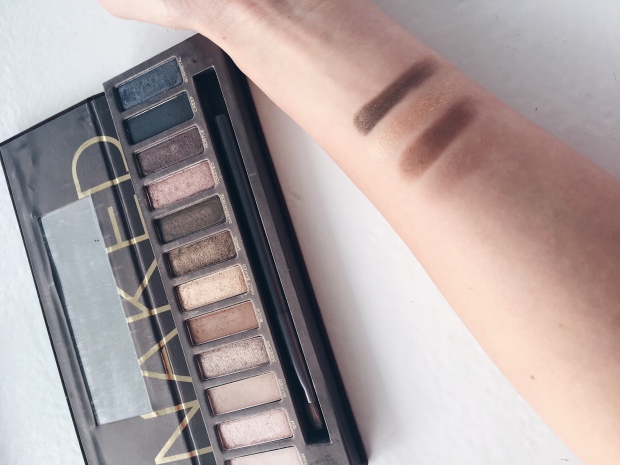 These photos don’t fully capture the progress I’ve made on the Urban Decay Naked Palette. I most commonly use the four shades (swatched on my arm) Darkhouse (deep mocha shimmer), Half Baked (golden bronze shimmer), Buck (fawn brown matte), and Naked (nude matte). Initially, I didn’t feel compelled to bring it when I travelled, because I prefer more matte shadows. However, if I want a quick, simple eye look, I’ll sweep Naked in the crease and blend and add liquid liner. Sometimes I’ll add Buck more dimension at the outer V. So far, I’m not that creatively inspired by this palette (which is why I put this palette in this project), especially the darker shimmers in the latter half. I need to spend some time experimenting to see how I truly feel about this palette, and if it’s worth keeping in my collection. 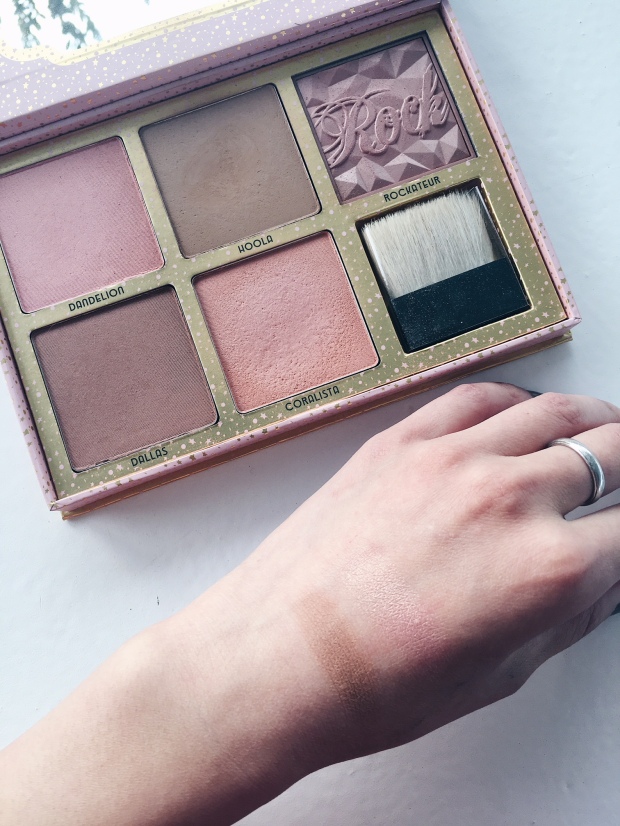 The Benefit Cheekathon Palette is the toughest one to pan. My goal is not to finish the palette but to hit pan on at least one of the powders. These powders are so densely packed that there is no kick-up when I dip my brush. I have used the Hoola bronzer and Dandelion blush almost every weekday. From the photos, it looks like I barely made a dent in the pan. My favorite bronzer is the Physician’s Formula Butter Bronzer so to substitute it with Hoola has been a change; Hoola is a bit warmer in tone than the Butter Bronzer, which makes it not as universally flattering but still quite a good shade. I am not as optimistic about hitting pan on this palette.

How did I do? Feel free to leave a you-can-do-it, encouraging line down in the comments or to suggest multi-uses for the products. (Help a sister out.) Either way, I’ve been learning a lot through this process. I’ll be sharing my Project Pan Finale at the end of March/early April.